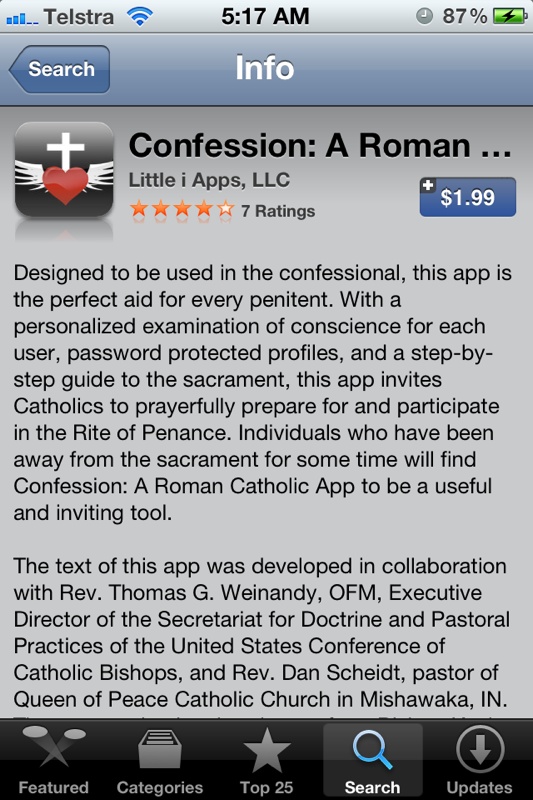 In one of the interviews I did recently I was asked if I took seriously the notion of “carrying sins”. I answered that while I tried not to take myself too seriously, I absolutely did feel the responsibility and weight of the “confessions” that had been made to me. They were privileged information and profound acts of trust, and I treated them that way.

If you have read the book, you will know that one sinner gave me the sin of gossip to carry. It would have been easy to make “gossip” of the sins, but I never spoke of them on the road, and it is only with permission that I name them in the book. I sincerely hope I will go to my grave without putting the names of sinners to the sins.

That said, I have never forgotten an email I received from one of my sinners when I reached a net cafe in Córdoba. He asked me whether I was committing the sin of simony, which is defined variously as something like “the buying or selling of ecclesiastical privileges, for example pardons…”

It was a conscience-check for me, and a cause for heaviness of heart until I had wrangled with it, and myself.

Today, I was sent the link to the app above.

I don’t suppose it is simony – there don’t seem to be any indulgences or privileges being sold – but as one of my Facebook community asked me, “Shouldn’t it be free?”

And I’m curious about how it is to be used when in the confessional.

Perhaps I will have to lash out and buy it.

I may have to take a long walk to consult my conscience first.