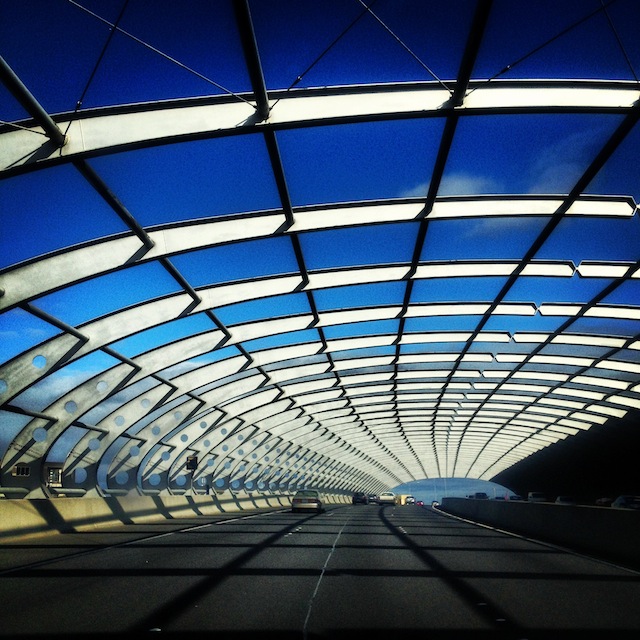 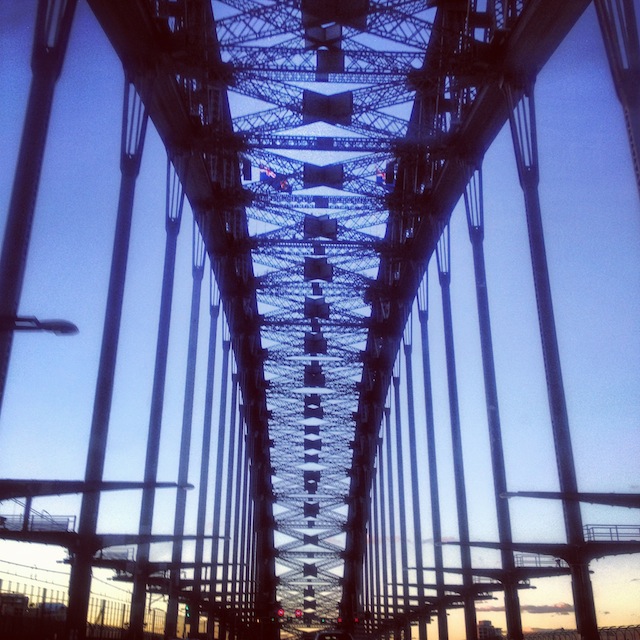 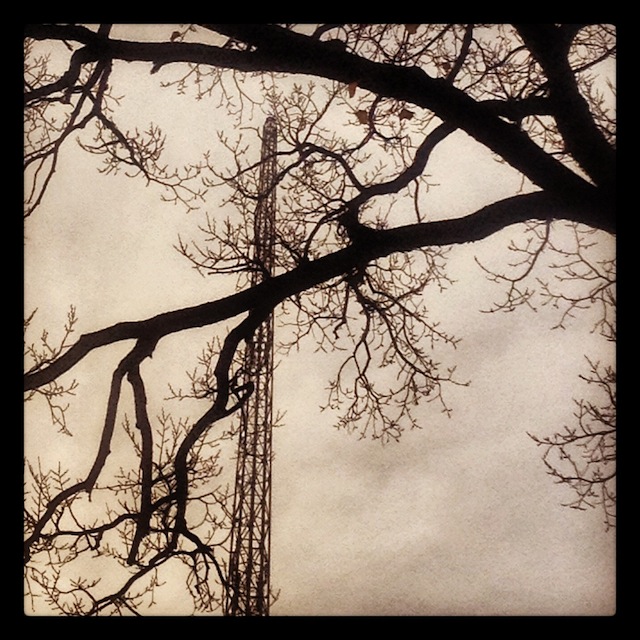 Peter Steele was my teacher at Melbourne University. He was patient yet insistent, insightful yet light of touch, and encouraging at every turn, as he led his students toward their own personal experience of literature, while offering up his vast knowledge as guide.

I remember him smiling. Nodding. Demanding, sometimes. I remember how excited I felt to be in the office of a real, actual poet.

When I open one of his volumes I feel full of admiration for his work, but also bigger, as though I am amplified simply for having met him. Maybe we all were, those of us lucky to have had him make a note in one of our margins.

This is his, shared with you respectfully and lovingly – as he shared his life with his students. Sadly, I can’t show you how his eyes twinkled.

Upright again, fritters of mint in my fingers,
I’m given pause in the kitchen patch
by the car’s whine, the loud harrumph of lorries
that round the stand on Two-Tree Hill
and hustle past the boneyard.

I’ve taken leave of the Cliffs of Moher, the unsmiling
campus guard at Georgetown, the fall
of Richelieu’s scarlet enclosed by the London gloom:
I’ve watched my last candle gutter
for dear ones, back in Paris,

sung, as with Francis, the spill of an Umbrian morning,
each breath a gift, each glance a blessing:
have said farewell to Bhutan of the high passes
and the ragged hillmen, to the Basque dancers
praising their limping fellow,

to the square of Blood in Beijing, to the virid islands
that speckle the Pacific acres,
to moseying sheep in Judaean scrub, to leopard
and bison, a zoo for quartering, and
to the airy stone of Chartres,

But here’s the mint still on my hands. A wreath,
so Pliny thought was ‘good for students,
to exhilarate their minds.’  Late in the course,
I’ll settle for a sprig or two –
the savour gracious, the leaves brimmingly green –
as if never to say die.

I will be talking to Michael Cathcart on Monday 9th July at 10am (all over Australia) on Radio National’s Books and Arts Daily. We will be discussing Duchess of Malfi, which opens in Sydney on July 11th… 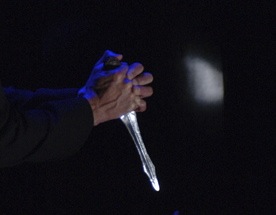 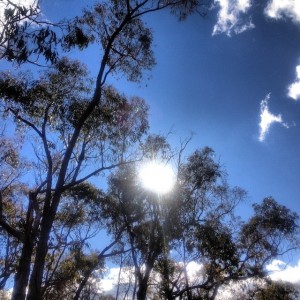 It means “I believe.”

Not something to proclaim without thought, but there most definitely are things in which I do have faith.

I believe in the power of forgiveness to transform, in the ache to be better, and the impulse to serve.

I believe in the wispy promise of mornings like this one, when the fog lifted itself to reveal a fierce, determined sun. 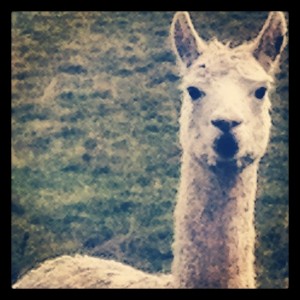 I believe in confession with all my heart, telling the true story of ourselves, eye to eye with another human being.

I believe our stories shape our lives, so the more honest we are in those stories, the more freedom we will gain.

I believe in personal accountability, staring down my self in the personal mirror that is an unflinching and constant observer.

I worship in churches where silence prevails: barren plains, rocky hilltops, burnt-out forests and squelching paddocks. Places where the hush of humility has fallen. 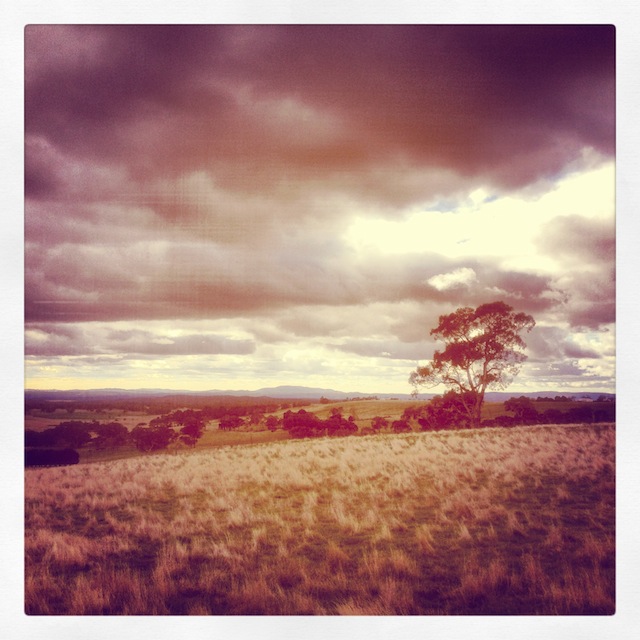 And in the goodness that wants to prevail. 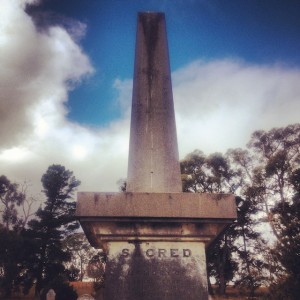 I know there is nothing more sacred to me than the act of putting one foot down on a dusty road, and then putting down the other.

For as long as it takes.

Turning up and doing the work.

And I know that the work never ends.

I know there is beauty in effort.

I believe in betterment via example.

I know snails are gurus.

I know that via example! 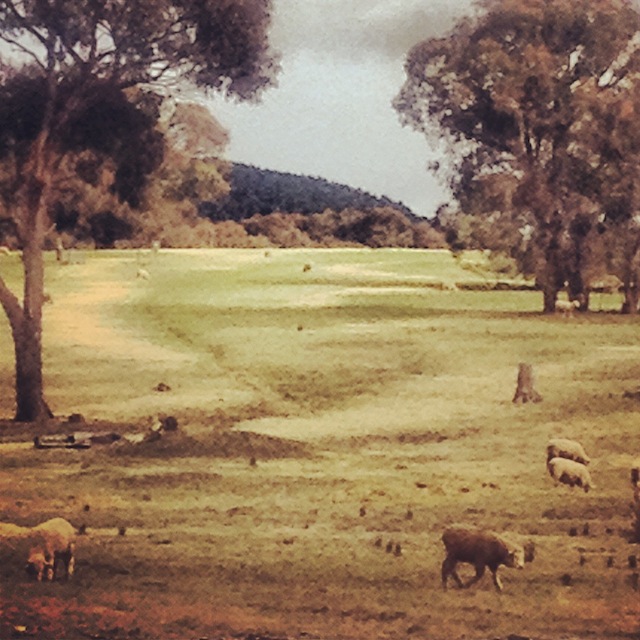 I know we are all connected, whether we like it or not, and we owe it to this astonishing planet, and those we hope might come after, to acknowledge that fact in our actions as well as our words.

I believe in possibility over certainty.

I believe in the hope of rain on parched soil. When I smell that unmistakeable waft, I am reminded that miracles have occurred, and that they will again.

Paso a paso. Step by step.

That’s my mantra. My rosary.

And “buen camino” is the prayer I make for you.

May it find you, especially on the hard days… 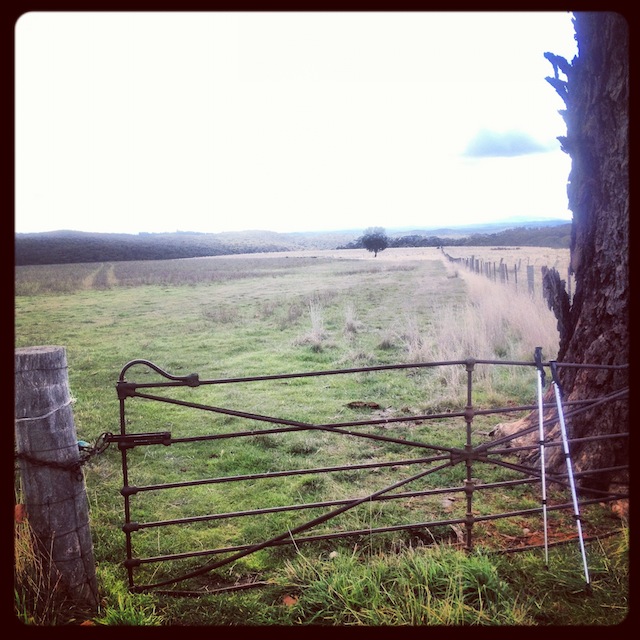 Those pictures were taken on a long walk last Sunday along the Great Dividing Trail and back toward Glenlyon, near Daylesford, in Victoria. Country that makes my heart sing. Thanks to all those who came along to the Glenlyon General Store for the Tapas night. It was a celebration of the warmth of community amid the chill of a goldfields winter night. Gracias Tania and David – and all in that humming kitchen.

Gratitude is another prayer… 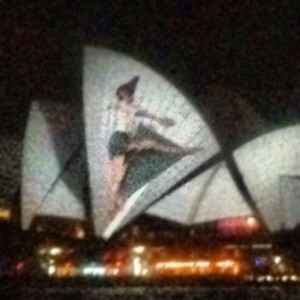 A combination that enthralled locals and tourists alike, in spite of tonight’s rain. We gasped and clicked away as this projection of a lithe young woman rolled and somersaulted across those famous sails.

That’s how this whole visit has felt. It has been a camino of wonders.

I’ve laughed and cried, reminisced and rollicked with friends old and new. I’ve talked sins with the charming Richard Glover on Sydney’s ABC 702. I’ve sat in the dark,  awestruck and mesmerised, at The Clock – a 24 hour film installation at the MCA. I’ve seen two plays – Les Liaisons Dangereuses and Under Milkwood – at the Sydney Theatre Company. Both of them were peopled by actors I know and love, who gave such pleasure. Yesterday I sat in a rehearsal room down in the Rocks and heard a reading of The Duchess of Malfi, the script I adapted with Hugh Colman. Such delight! It was fast, funny, very furious and charged with linguistic energy that ripped off the page in the hands of a gifted cast. I walked out into the evening and saw this bouquet of wonders, dancing over my head in the Argyle Cut…. 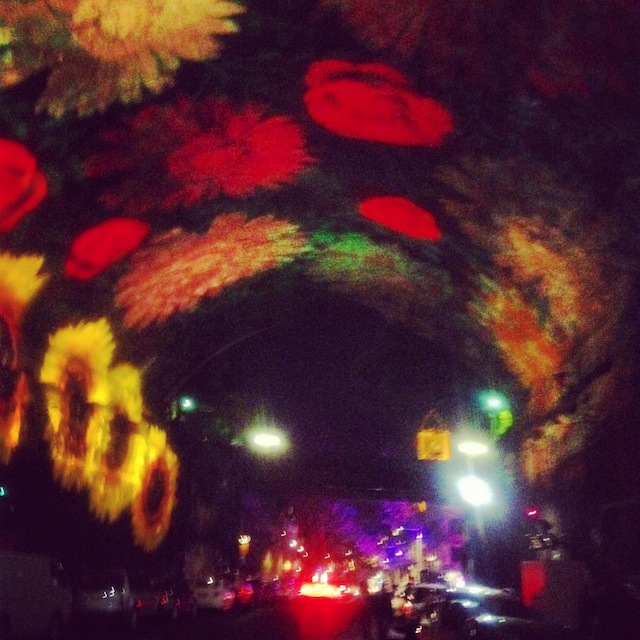 I wandered down to the harbour, gobsmacked by Sydney’s beauty, and my good fortune. I had that old camino feeling of being connected to every person I saw, grinning into the darkness for sheer wonder at the convergence of miracles. I thought too, of those I love who have been travelling every step with me in my head and heart. My stepfather, who came through his heart operation with flying colours. My friends – two of them – who are in the middle of cancer tests and treatment decisions. And my huge-hearted “landlady” here in Sydney, who is mourning the one-year anniversary of her beloved’s passing…

This poem rolled about in my head. It was given to me by Dennis, a fellow pilgrim – one who is much in my thoughts as he walks a difficult road, just now. I post it here in his honour, and to remind myself of connection. Oneness. We are all walking together. All our lives are Japanese…

My life is Japanese

My life is Swiss

My life is German

Today I am Italian

and the food I eat

I feel Dutch is

Today I walk in

A bit of Britain

I sway my arms

My heart beats with the US

But mostly for today

My life is Japanese.

Dennis’s poem is one of those featured in the ABC’s Sinning Across Spain Poetica programme. If you’d like to hear it, and others that inspired the walk, please click here:
http://www.abc.net.au/radionational/programs/poetica/2012-05-05/3967108
And if you’d like to subscribe to these posts, just enter your email address on the top right and click SUBSCRIBE.
Finally, do have a look at the tabs on the black bar at the top. There’s info there about upcoming EVENTS AND MEDIA that you may find enticing.
Buen camino!
Gracias…